IEM is the largest independent full-line manufacturer of electrical distribution and control systems in North America. The Company has developed one of the most sophisticated electrical product manufacturing systems in the world and has cultivated partnerships with leading component suppliers resulting in optimal solutions to customer problems.

For over half a century, IEM has delivered innovative electrical distribution products to meet the escalating needs of growth industries. Based in the heart of Silicon Valley, IEM has been solving power distribution challenges for Hewlett-Packard, Apple, and dozens of high tech pioneers since they were start-ups. These companies realized that IEM products were equal to any the multi-nationals could offer and that a faster, more flexible manufacturing system could provide them with the electrical equipment they needed in time to meet their demanding expansion requirements.

IEM engineers pioneered the development and deployment of fully integrated CAD and manufacturing systems, beginning in 1979 with the first CAD/CAM system for electrical equipment metal fabrication. The Company designed and built its own vacuum circuit breaker in 1984, pioneered the use of vacuum breakers on 21kV systems, and was the first to design a 3000 amp freestanding vacuum breaker that could be used for capacitor switching by utilities. In the late 1980’s IEM designed and built metering switchboards that were sold by one of the largest electrical manufacturers in the world. And in the early ‘90’s, the Company introduced the use of modern low voltage power circuit breakers which rendered “iron frame breakers” obsolete. IEM brought its expertise to power quality and power factor correction equipment in 1997 and has since developed unique low and medium voltage switchgear systems that have been well suited to the increased power and small footprint requirements of various industries.

Today, IEM has expanded beyond Silicon Valley to supply specialized electrical equipment throughout the U.S. and Canada. At IEM, tradition and technology still drive innovation. Products like state-of-the-art paralleling switchgear systems and fully front-accessible arc resistant switchgear are the results of this process. Responsiveness, engineering and quality remain the key to maintaining a loyal group of satisfied customers. With a significant knowledge base and experienced staff that is second to none, IEM is focused on serving the needs of these customers and continuing its role as an innovator in the electrical distribution industry. 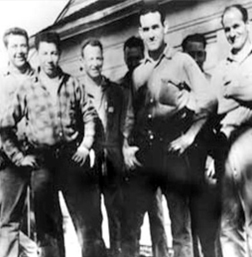